Dracut, MA- The CWHL’s Boston Blades held a 3 on 3 ball hockey tournament Saturday to raise money to support the team’s 2016-2017 campaign. The event was deemed a success by Blades GM Krista Patronick and she said the team was looking forward to next year’s event.

Ten teams faced off in a round robin tournament, playing nine games each to find out who would advance to the playoffs and the eventual tourney title. The Outsiders, Cunning Linguists, John Scott Swiped Right, Dracut Dek Monkeys, Breakaway Burn, Chowder (A team formed from Stanley Cup of Chowder Writers), Rink Rats, Corn on the Cob, Blades Staff, and Slamboni all took each other on in 10 minute frames. The teams were well stocked with players and were fighting hard to win in an enjoyable event.

The eventual winner of the maelstrom would be Breakaway Burn.

The Breakaway Burn (clad in Pink and Black) won the Blades tourney.

Blades players Kristina Brown, Sadie St. Germain, Clara St. Germain, Desiree Casian, Amanda Cariddi, and Kate Gray all participated as some of the teams drafted the pros onto their team at an event the night before.

Brown confronts a Blades Staff member as a member of Chowder.

Patronick herself was in goal for the Blades Staff team. 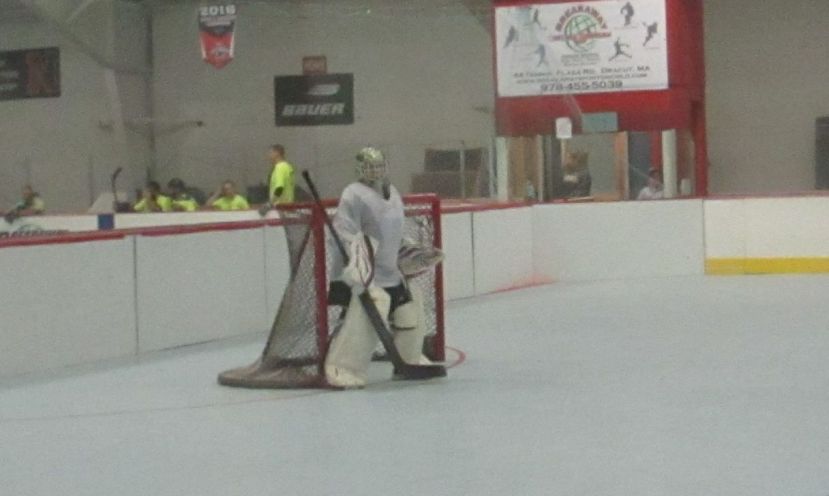