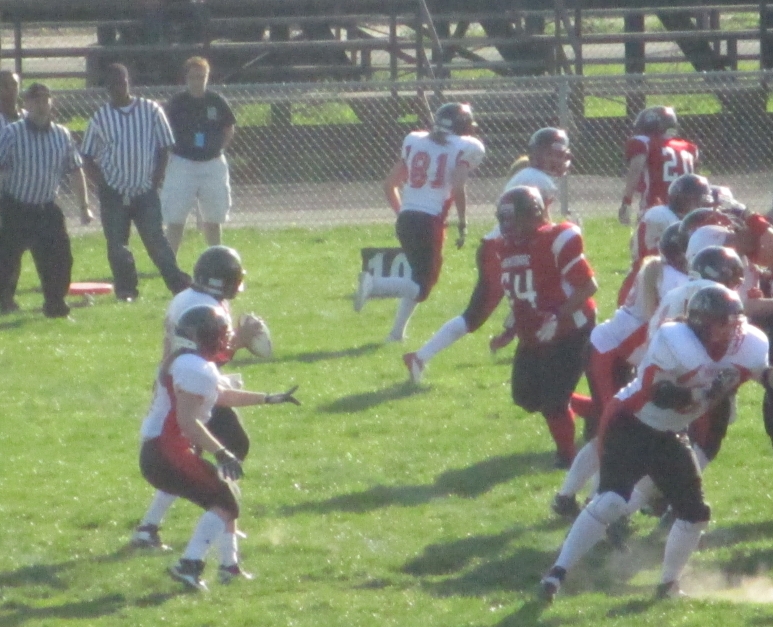 In the shadows of Colt Gateway, the Blitz would hold the Nightmare to no score in half number one while putting 7 on the board themselves. The Blitz proceeded to eat up all of quarter 3 on a drive down the field before Quarterback Saadia Ashraf put a short pass into her receiver putting the score at 14-0 after the successful kick. This all in spite of the Nightmare knocking multiple Blitz players down hard throughout the drive.

The Nightmare took possession in quarter 4 but couldn’t convert and the Blitz struck again with another touchdown pass to the left side of the field. The extra point was good and that was basically game as the Blitz didn’t have the time to come back. 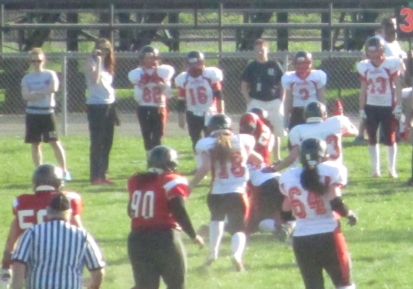 The win brought the Blitz to 1-1 after a loss to the Boston Militia, and the Nightmare dropped to 1-1 after defeating the Maine Rebels a week prior. The Nightmare get the Rebels again next week but have to travel to their house this time. They’re back home May 11th against the New England Intensity in a battle of New Englanders.

To dive into commentary It was quite an experience to see a women’s game for the first time, but it was also quite familiar, it was football. The intensity was there on the field and it was on the sideline as one Nightmare player was sounding the battle cry to the crowd and her team loudly and often. Clearly the stands could be fuller, and one would hope the game grows. Dillon as facilities go is an excellent place to host the growing team, situated in a relatively easy to get to location and that area is a sports hub with the high school sports, vintage baseball in colt park nearby and the NEFL action that follows in the summer. One can only hope the word will spread.