HAMDEN, CT- The Quinnipiac Acrobatics and Tumbling team defeated Fairmont State Saturday afternoon at TD Bank Sports Center. The two teams held relatively steady during the compulsories as QU posted a 37.5 and Fairmont a 37.2 The compulsory event involves teams doing an acrobatic element, a pyramid element, and a tumbling element, even though these are covered by their own events later on.

As the teams went onto the Acrobatics elements and Fairmont took the lead 65.7 to 64.75. Acrobatics involves elements where a few members of the team hold up another member who does various balances and the like before dropping back down and being caught. 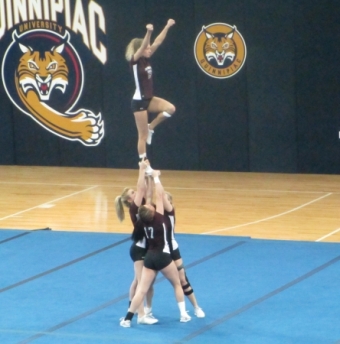 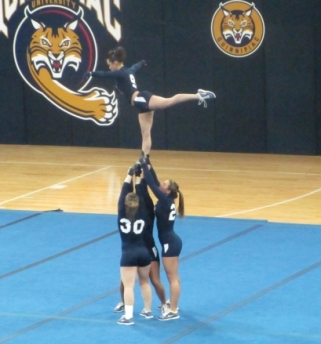 The two teams moved to Pyramid where Quinnipiac regained the lead 98.9 to 94.9. The pyramid event involves a large amount of team members forming not surprisingly a pyramid of sorts while standing and holding up one or two athletes at the very top who do various elements. 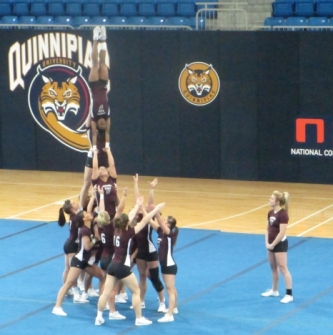 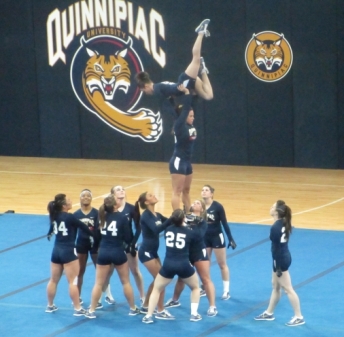 After intermission the teams returned for the toss event. Essentially, the teams would throw one or two athletes up in the air and they would do various flips before being caught. Fairmont regained the lead with a 123.050 to QU’s 122.25. 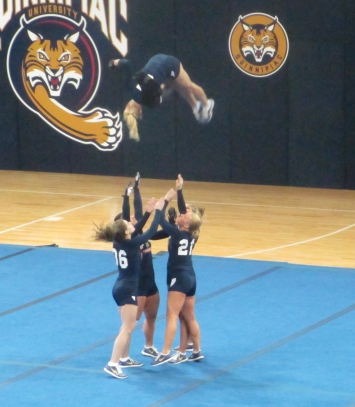 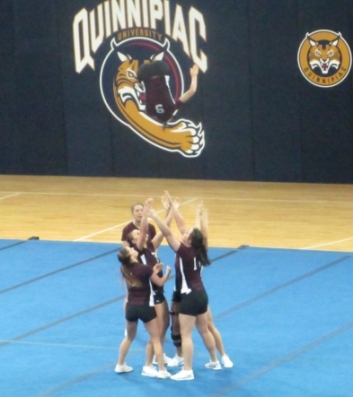 Then came the tumbling event. This involved multiple players doing a tumble pass simultaneously before turning to single competitors doing one. QU regained the lead 178.625 to 176.00. 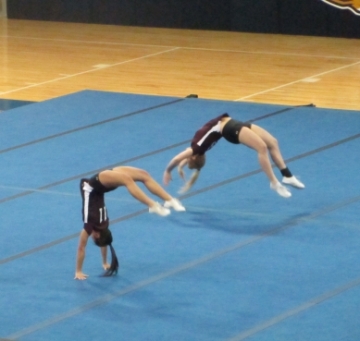 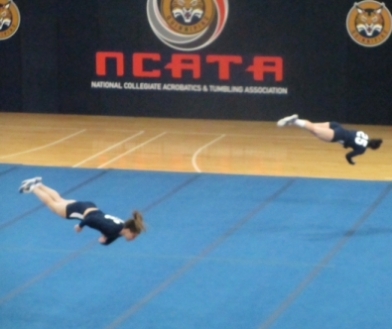 The finale was the team event, a combination of all these elements into a 2 and a half minute routine set to music. Quinnipiac took this event too and expanded their lead to a win 279.085 to Fairmont’s 275.87. 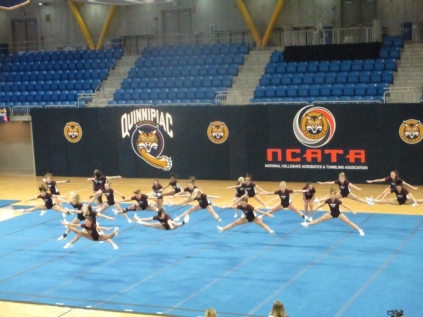 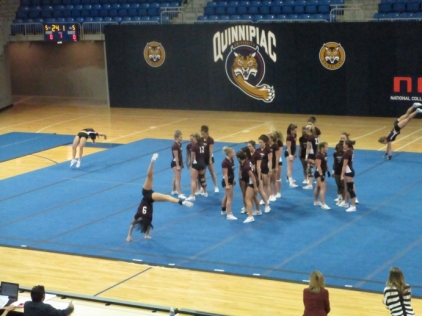 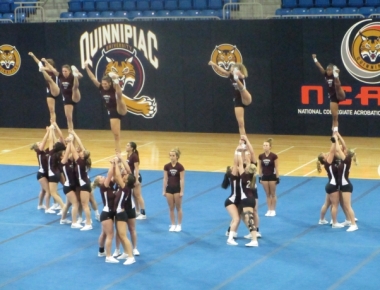 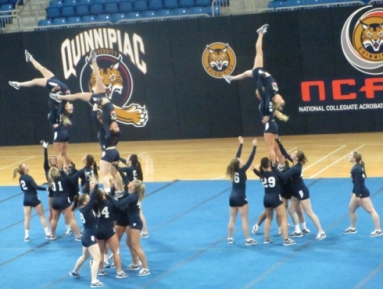 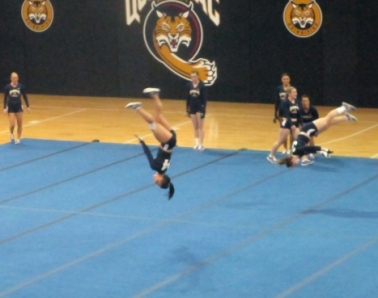 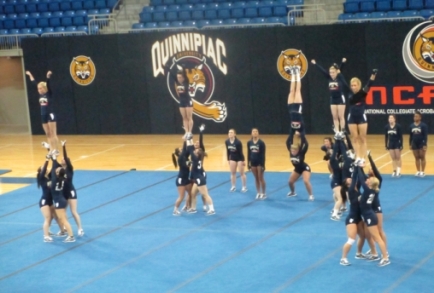